Photosynthetically Active Radiation (PAR) designates the spectral range (wave band) of solar radiation from 400 to 700 nanometers that photosynthetic organisms are able to use in the process of photosynthesis. This spectral region corresponds more or less with the range of light visible to human eyes. PAR is essential to all crops. Rule of thumb says 1% addition in Light means 1% addition in crop.

Diffused Light: Direct sunlight (undiffused light) can cause “shadow” effect and “sun burns”. Light diffuses
additives will scatter the direct light; thus, preventing the "shadow" effect and the "sun burns". The light diffusion increases the photosynthetic efficiency by providing more homogeneous light from all directions. Light diffusion also gives advantage to growth with selfshading, such as cucumbers, tomatoes, squash, roses and others.

Diffused light, not only numbers.

Apparently not only the amount of light diffused is important also the way the light is diffused play a special role in how the plants can benefit from the diffusion. By selecting the right raw material, we got the ideal combination between Light Transmission and Light Diffusion.

Part of the energy radiation is in the IR range starting from 700 to 1,400 nm. This range is invisible to the human eye. IR energy is absorbed from the sun during day time. Part of the IR – thermal IR – is emitted during the night. As a result, the temperature in the Greenhouse is reduced. Blocking the IR radiation from the greenhouse to the atmosphere minimizes the heat losses and reduces the risk of freezing. It is highly important, especially in cold night areas, to protect the crop with good thermcity film – one that ensures that less than 15% of the IR escapes.

Current status
Diamond® films are sold successfully worldwide.
Diamond® 15 used in Oxnard California and in Mexico both areas with strawberries
and raspberries growers show increase in light transmission and diffusion.
Especially in high altitudes of 2,000m above sea level gave better yield, quality and
higher quantities.
Politiv, in collaboration with the University of Almeria, conducts an ongoing field trial
which compares Diamond® films with regular ones. So far, it appears that there is
an advantage in favor of Diamond film (final results expected in spring 2021).
In Huelva area, known as an important berry growing center, multi tunnels covered
with Diamond® show significant increase in yield.

All Diamond® films can be supplied with:
»Sulfur resistance up to 5,000 ppm S.
»AntiMist
»Improved strength
»Other properties by request
»AntiFog for cold or hot climate
»AntiDust
»Bee friendly and UV open

As always, we are happy to set a new bar in the field of plastic products for industry and agriculture, and to provide our customers with every need. 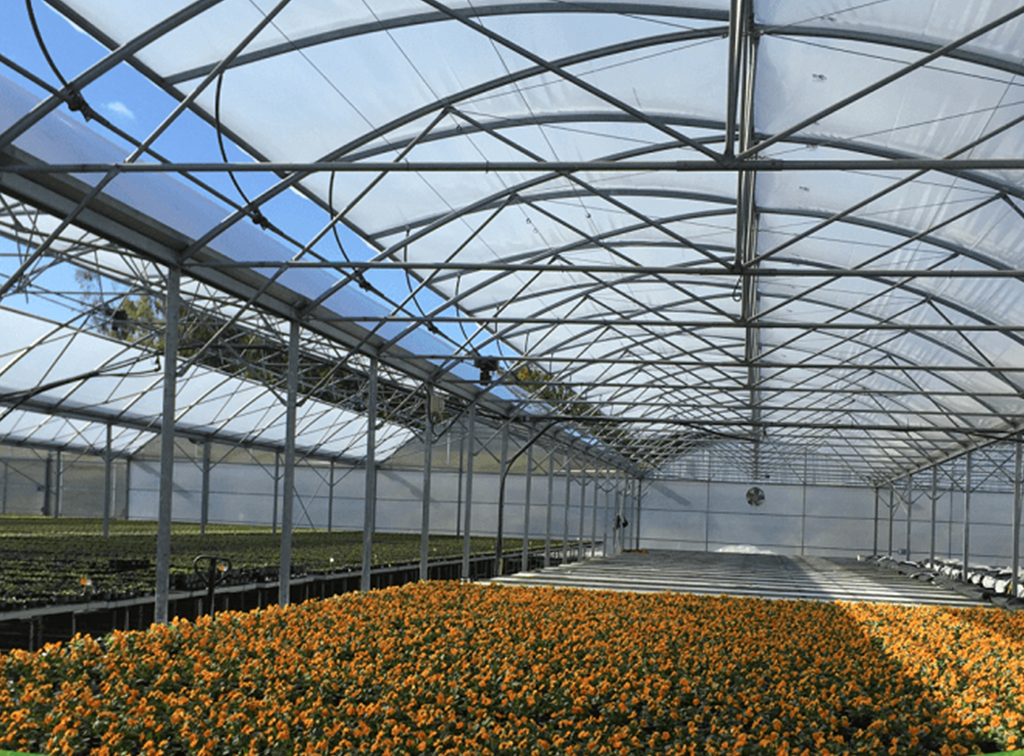